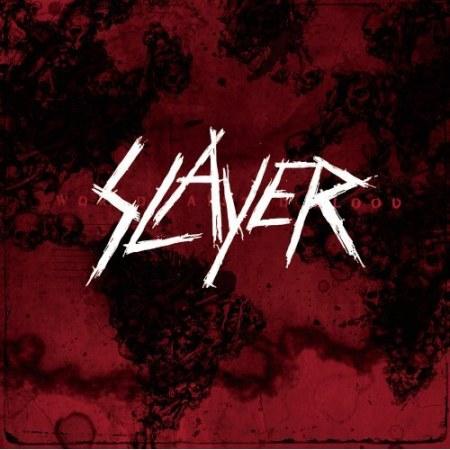 “I’m a Godless heretic, not a God fearing lunatic.
That’s why it’s become my obsession to treat God like an infection.”

Ah, yes! How could I possibly forget to review at least one Slayer album here in my lifetime? Seriously, how can I NOT adore Slayer? Since this California 4-piece massacred the status quo back in 1986 with the grisly and blasphemous slaughter LP “Reign in Blood,” (a thrash album that was miles ahead of its time), Slayer has been touring and making CDs for millions of crazed homicial headbangers worldwide. While paving the way for gore-chewing, gutteral death metal acts like Cannibal Corpse, Mayhem, and Gorgoroth, Slayer has never once lost the demonic tremolo picking speed and head-crushing brutality in its sound.

Unleashed in November of 2009 by American Recordings, “World Painted Blood” is another traumatic bludgeoning of bass-heavy guitar riffs and thunderous drumming that’s guaranteed to leave an enormous pile of mutilated corpses behind. Lead as always by terrorist vocalist Tom Araya and mercilessly executed by original members Kerry King, Jeff Hanneman and Dave Lombardo, this 11-track audio bloodbath leaves no stone unturned. “Human Strain” preys upon the human populations’ fear of diseases (fueled by the recent T.V. news reports that covered the anthrax, SARS, AIDS and swine flu epidemics). The subject of biological terror is further explored in “Unit 731,” which was, in fact, a prison camp established by the Japanese Imperial Army during World War II. Within the walls of the facility, hundreds of Russian and Chinese POWs, women, and children were endlessly tortured in germ warfare experiments. “Snuff” is an exercise in masochism which ties unsuspecting victims down on the fame mattress as well as a pornographic look at the average man’s fascination with media violence (lights, camera, KILL!). “Beauty Through Order” is a semi-vampiric vanity song that ingests warm plasma and sodomizes audiences with an iron bar. “Psychopathy Red,” which originally came out as a single on vinyl, and “Playing Anguish” are a pair of extremely graphic serial killer anthems that rape the mind and cook the organs in a boiling soup of deafening decibels. The unholy trinity formed by the CD’s title track, “Public Display of Dismemberment” and “Americon” attacks the U.S. goverment for its nonstop exploitation of the human spirit through high gas prices, immoral medical insurance plans, and wasteful spending on wars and weapons. The slow and sludgey “Playing with Dolls” is a throat-slitting nightmare that colors the bluing flesh canvas in disemberment and necrophilia. In “Not of this God” and the somewhat autobiographical “Hate Worldwide,” the players in Slayer do what they do best: lyrically burn down the brainwashing tactics established by the Bible-waving liars in charge of the Catholic Church.