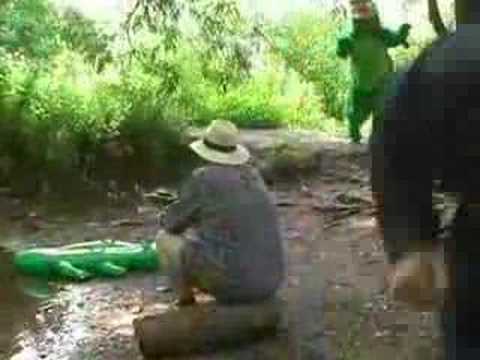 Posted at 09:53h in Interviste by Antonio Di Gioia 0 Comments
1 Like

So, do you live in Berlin now, isn’it? Why Berlin?
Because I haven’t found a way to move to Italy yet! Besides, the gals here are hornier than anywhere else in the world. It doesn’t seem at all a “rock” city at all.. You’re right there! But when I’m not on tour, I’m pretty much a recluse anyway. Besides, there is a dark side of Berlin’s nightclub scene that I find intriguing.
New album out, “Lady Killer”, country? Is that your new direction?

Well, it’s been one of my “directions” for years. See, it’s not a new album, really. You just never heard of it. I recorded my first solo album, It’s a White Trash Thing, in 1994. The second, Ladykiller, was recorded in 1999. No one would release it, so I released it on my label, Sin, in 2003. Now, almost 14 years later, seems that some labels are ready for it. So Twist, an English indie, has compiled the two albums and released a double disc set entitled “Ladykiller.”

Can you please tell us something more about this album?
Well, when I was a teenager, living in Pennsylvania in the 60’s, and playing in a band, we would play alot of places like Elk lodges and VFW halls, where there were lots of rednecks and greasers. They’d wanna hear Country. We were long haired kids playing stuff like Blue Cheer and Moby Grape, and we decided it would be a good career move to throw in some Johnny Cash and Buck Owens tunes.
Besides, if we hadn’t, we would’ve gotten killed. Or at least beaten bad. Originally we weren’t too into it, but what I discovered by playing the music is that I started to dig it. I guess I never really got it out of my system. To me, Country is really just the white man’s blues. Same subject matter, same chord patterns. Same instrumentation, except the pedal steel player pretty much replaces the blues harp to give the music the “crying” effect that makes it so sad and poignant.

Now let’s talk about your long career: who has been the best musician you have played with?

Good question! I’ve played with some GREAT musicians, and some pretty crappy ones. Usually, the better the musician’s IMAGE, the worse player he (she) is, but not always, of course. My current organist, Lana Loveland, is absolutely the best keyboardist I’ve worked with. Her brother Lenny is my guitarist and he really gives Elan a run for his money.
He was in the Bonniwell Music Machine, as was Lana, for their recent European tour. You have to be a great musician to play that music! Elan had a great guitar style – he had the very best vibrato style I ever heard, bar none. “Mad” Mike was the best drummer, hands down.
He could always read my mind, musically, so we could improvise and the audience would always think what we were doing was rehearsed. He should’ve been a huge star, like Keith Moon. Michael Jay was the most telepathic bassist – just like Mike, he could read my mind. They were the rhythm section for the original Link Protrudi & The Jaymen, which, musically, was the best band I ever had. We were so tight that we could literally write a song in 5 minutes.

Someone you wanted to play with but not happened yet?

I’ve been really lucky to have accompanied alot of my idols: Screamin’ Jay Hawkins, Mark Lindsay (Paul Revere & The Raiders), Sean Bonniwell (Music Machine), Arthur Lee (Love). I recorded two albums with Sky Saxon (Seeds). I would really love to play with Jerry Lee Lewis and Bo Diddley. Would love to sing with the reformed MC5. I would blow Mark Arm and Evan Dando off the stage.

Who are your best friends in the musical scene?

I’m still pals with “Mad” Mike – we brought him to Europe for the last tour and he really kicked ass. I’m pals with some of the 60’s guys I admire: Question Mark, Davie Allan, Craig Moore (Gonn). Hank Ray (Raymen) is a good friend of mine – his band was pretty big here in Europe. The Pretty Things and Electric Prunes are pals of mine as well. I was good friends with the late Nikki Sudden.

For example, I have been always told that the motorcycle sound at the beginning of “Cheyenne Rider” is Billy Idol? Is it true?

Yeah, it is. He was recording at Track studios in Hollywood at the same time we were there, recording “In Heat.” He would drop in to see what we were up to. His bike was parked outside and we needed a sound effect, so we just kicked it in. I jammed onstage with him once as well. He’s a cool guy, but I’m not particularly a fan.

Let’s talk about “In Heat”: usually part of the press wrote the first production was too “clean” and sounded too “perfect”. It seems that a new remastered version of that album is going to be out. What do you think about it?

Well, it’s about time – only 17 years too late! Ha! Actually, “In Heat” was always a sore point for me, as it was the ONLY record we did that I didn’t produce. I was ALWAYS against having someone else produce us, as the Fuzztones were and will always be MY vision. Who could know better than me how it should sound? The label we were on at the time (Beggar’s Banquet) was a major (RCA was their partner in the States) and they thought our demos were good but too “rough” to release, so they wanted us to go into an expensive studio and have a producer who had some hits under his belt. Three of the other Fuzztones were immediately seduced by the promise of fame, fortune, and the trappings that record companies always employ to get the artist to sell his soul for success that will only benefit the label.

Mike and I were not seduced in the least. But at the time I ran the band as a democracy, and I was outvoted. Jordan and John brought Hunt Sales (Iggy’s drummer at the time) to a rehearsal to check us out. I felt he didn’t understand us and we continued our search. Jordan read somewhere that Shel Talmy, the “legendary’ producer of the Who and Kinks, was considering coming out of retirement for the right band, so we decided we were the right band. I was open-minded about him, as the old Who stuff certainly had a great sound. I soon realized that Shel’s role in those records was probably being lucky enough to have a good engineer.He knew practically nothing, and in my opinion, his only real contribution was to pick the best guitar solos between me and Jordan, which he did without prejudice, as he was blind.

ANYHOW – the new album is called “Raw Heat.’ It is not a remastered version of In Heat – that wouldn’t be very much better because he did not know how to record us. This is a collection of the original demos, which actually sound like the band sounded at the time – tight but raw, and very energetic. And it is only available through Sin Records online! Go to www.fuzztones.net and order yours from our merchandise department! Thanks for supporting The Fuzztones!

What is the future of Fuzztones?

We are in the process of finishing a new album. It will be called “Horny As Hell.” It’s a tour document that we recorded on a day off while we were on our last tour. I decided that, after 27 years, I wanted to try something a little different, so we took a 3 piece horn section, and brought “Mad” Mike out. Our rhythm section was incredible, and the horns made us sound HUGE. We’re overdubbing hammond organ and black chick backing vocals. It will be a 50/50 mix of garage and 60’s soul. Lana and I are also in the process of writing new material for the NEXT album, which will be much more influenced by bands like Iron Butterfly, Music Machine, Strawberry Alarm Clock and the Doors.

Let’s talk about the garage punk revival of the 80s – in which the Fuzztones has probably been the best band. Do you think other bands have been important for the scene?

Probably? I don’t think there was any doubt about it. We WERE the BEST and WE STILL ARE! We were also the most important band to come from that scene, even if certain “historians” would rather rewrite history to selfishly promote themselves. WE were the first of what was to be called “Revival” bands to come from NYC. And that is where the whole Garage Punk Revival began. So who started it? The Chesterfield Kings often get the credit, but they didn’t even come to NYC ‘til’ 1983 or 1984! They lived in Rochester, 8 hours away! WE were playing to audiences of 10 or 12 people since 1980, SLOWLY introducing this music to NYC.
When other bands started to get in on the act, it became a trend that took off. WE were the first to bring it to Europe, back in 1985. NO ONE was doing this kind of stuff there. We opened for The Damned on a three month tour and were gobbed at, and were the target of beer bottles and lit cigarettes. By sheer stubborness, we eventually won them over, and started a trend in Europe that continues to this day.
We were the ONLY “Revival” band to get signed to a major label! By the way, I hate the term “Revival” – what we did, again something that I feel makes The Fuzztones stand out when compared to other bands doing similar stuff, is that we do not IMITATE 60’s bands, even when we do covers. We ALWAYS rearrange the material to sound as if WE wrote it. I feel very strongly that if we do a cover, it must represent ME – how I feel, how I sing, how I play…
What I believe in. Very much like The Rolling Stones when they used to cover Chuck Berry or Bo Diddley tunes. They made them their OWN. But make no mistake, the Fuzztones write alot of their own stuff – the press just chooses to call us a cover band. I don’t know why.

I still listen to Garage and Psych, but my favorite music is still blues. I like deep, dirty, lowdown blues like John Lee Hooker and Lightnin’ Hopkins, Howlin’ Wolf, stuff like that. If I’m in a reclusive mood, I like Billie Holiday and Julie London. And always Jerry Lee Lewis.

What can you tell us about your guitar collection? How many (Vox?) guitars do you have now?

I have 2 six string Vox Phantoms, red and black, one red 12 string and one black bass (the one Michael Jay used to use). I also have an endorsement deal with Phantom, a relatively new company that is reissuing the Phantom and Teardrop guitars, and I have one six-string, one twelve string and one teardrop – all black. They make very good guitars. I’ve also got a couple Danelectros, and two Gretsch Rockjets – one is a red 1957, like the one Bo Diddley has on the covers of his first two albums.

What about the new tour, calling Italy in December? What kind of show have we to expect?

I’m bringing my new Country band over. They’re called the Midnight Plowboys. We will be promoting Ladykiller, which should be coming out November 27th. If you want to know what it will be like, you should buy the album! Or check out our MySpace page for a sample; myspace.com/rudiprotrudiandthemidnightplowboys I can promise you this – It’ll be quite a bit different from a Fuzztones show!