Right at the end of the year we came across Jurry Busher, on his way to Rome (where his friend Joe Lally lives). Polystrumentist specialised in drums, born in Virginia but soon become a veteran of D.C.’s music scene, friend and partner of John Frusciante and roadie for the mythological creature Fugazi, Busher is one of those people you could talk with for hours and never get bored. And that is what happened to us.

Firstly we asked him about Fugazi’s most recent project, started last December: “Fugazi Live Series” (which you can visit by clicking here: www.dischord.com/fugazi_live_series). A huge audio archive gathering tapes of about any Fugazi’s live show (and they are not a few, «even more than twelve hundreds»), whose mastering is being cured by Busher.

Busher: «This project has just begun, I’ve already done 160 live shows but there are still about 700 left. Even if there are some shows missing their number is increasing always more and more because of people sending us their tapes but also photographs, flyers ecc and this is just exciting. Once in Austriala (in Perth, in 1993) someone stole our recorder with the tapes inside and at first our sound man (Joe Picuri) didn’t care much about recording so we don’t have a full archive yet. Now I manage to master about 25 shows per month but each takes a large amount of time because they are not perfectly organised: it’s easy to find the same show on more than one cassette or an encore alone and not with the actual live. I’ve started digitalising tapes about two years ago and I’d also found one show on four different cassettes».
«I think a project like this can help fans to feel even closer to Fugazi. I hope it will be a good example for today kids too. It could make them understand that if they want to play and make music they can, and they can do it now, without worrying too much about major labels ecc but just having fun. The aim of the project is not money or what else, it’s just another chance to get fans closer to Fugazi’s past. I was born in Virginia and was a Fugazi fan too, for me they were essential. Becoming a friend of them and then playing with them was an incredible feeling: I would have liked a project like this at that time». 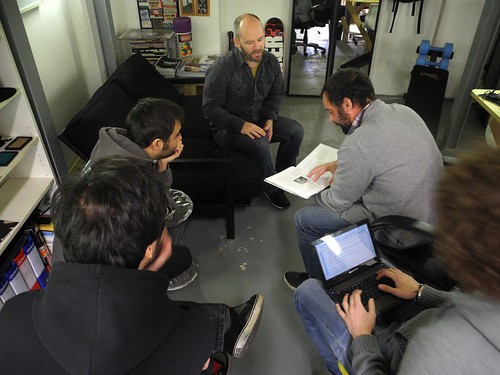 Then we asked about his time with Fugazi: «I’d spent 8 years with them. I’d been a roadie since 1995 but I’d already played second drums in many tracks, especially from the last works in which I played drums and trumphet too. Fugazi first USA tour consisted of 90 shows among 16 countries and it was hard just to watch them playing, sitting aside. Playing is what I was waiting for my entire life and when they proposed me to join the band I said immediately ‘yes’».
«Money wasn’t a priority for Fugazi, they earned enough to live with their music but it was not all about it. They’ve always been four friends having fun and they really never said “stop, we’re over”. They just didn’t want to go on halfway, with new members or without old ones (who in the meantime had many family matters to worry about). Original formation had to remain the same, it was not a career thing, they didn’t want to be employees». 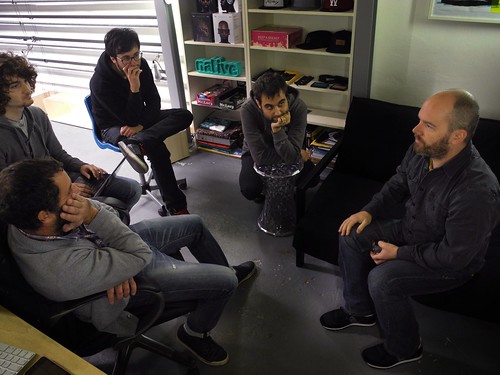 Then we focused on Washington’s music scene: «In DC there were many places with regular gigs which don’t exist any more. It’s easier for young musicians to move to NY or other big cities. Anyway we are not short of places where to play. Lately many gigs have been held in art galleries. I really love to play there, there’s a good atmosphere. Then, even in that moment of my life I was always on tour with Fugazi, and when I was not with them I was with other bands, Washington remained my hometown, where my roots were. In Washington a group as Fugazi, touring around the world, was something exceptional».

Eventually we mentioned the basement where Fugazi used to practise: «It’s difficult even to call it a basement, the ceiling was incredibly low. I recently took Martina [his girlfriend] there». Martina: «I was shocked, it was a cave actually».