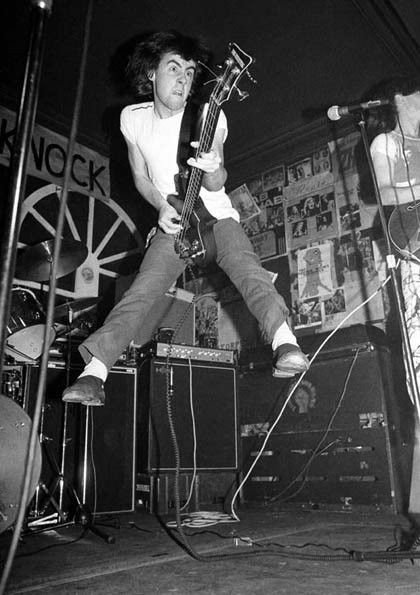 Antifa! Anarchy! Violence! They are coming for your virgin daughters! When did anarchy become violence, and destruction? The first I heard of it was Sex Pistols. As punks, we took that to heart in only several ways. Fashion, sporting a stylized spray-painted circle and A. Then we hate cops for harassing us ACAB and expressing our distaste for the general way rich people have gotten away with abusing the poor and the masses for thousands of years.

Grow up punks, emo kids, metalheads, hipsters, hardcore kids, Bernie bros, and that one kid that has a mohawk to piss off his conservative parents.
THEY are winning. The people we shouted anarchy at. We are being marginalized, street kids are abused by cops, and the mentally ill are being denied human rights.
Just because we don’t believe in Reganist bullshit, Bush’s bullshit, and I won’t mention Trump. The modern Jim Crow is alive and well in America.

Take off the patch before you know what it means. This is your responsibility.
The definition of anarchy I’ve decided to use the definition of anarchy as “a society being freely constituted without authorities or a governing body.” Does this mean we live in a commune and don’t eat land animals? No, it does not. Does it mean we walk around with molotov cocktails and spray paint cans? Some people like to think that.

Anarchy does not mean violence. These are two different things. Violence, any violence is the responsibility of the individual or group that commits it. Anarchy is not violence. It may take destroying the state in power but not violence for the sake of violence. It is not rioting, breaking into an Apple Store, spray painting buildings, and burning cars. There have been tragic violence like the Bolsheviks, the guillotine, and revolution.

More propaganda and bias are being sold to scared Americans. What and who are ANTIFA? It is on the lips of Fox News along with anarchy. Antifa and anarchy rule the streets of Seattle. ANTI-FASCISM is an idea and movement not an actual organization. It is not a group dressed in black with baseball bats that caused the January 6th riots. Remember Nazis, and we all hate Nazis. People that believe in
anti-facism want to stop nationalist often white hate groups.

When does anarchy mean lawlessness and violence? The idea of violence that often happens in the revolution has made the two words fast friends. The insult of calling people anarchists was born French Revolution. The definition became biased. Bias in the definition of words! A political movement so attributed to violence, unjustly, that it has made it into the pages of Websters and Oxford’s.

We punks got it wrong too. When the Sex Pistols scream “ANARCHY” are they referring to the absence of the monarchy that had been oppressing them. Are they talking about violence, lawlessness and revolution? Were they being ironic about the mistaken definition of anarchy? No, they wanted to play music and sell records.
Johnny Rotten’s quite sheds quite a light.

Early Seventies Britain was a very depressing place. It was completely run-down, there was trash on the streets, total unemployment—just about everybody was on strike. Everybody was brought up with an education system that told you point blank that if you came from the wrong side of the tracks…then you had no hope in hell and no career prospects at all. Out ofthat came pretentious moi and the Sex Pistols and then a whole bunch of copycat wankers after us.
Johnny Rotten/John Lyndon

We ARE growing up, Anarchists! Two American movements challenged the status quo and the state. Occupy Wall Street and the Defund Police idea brought on by the Black Lives Matter movement. “Anarchy on the Streets,” says the Post Millenial editor at large Andrew Ngo. Fox News and the conservatives called Occupy Wall Street. Douglas E Shoen stated, “The protesters have a distinct ideology and are bound by a deep commitment to radical left-wing policies…. radical redistribution of
wealth, civil disobedience and, in some instances, violence.” There is violence tagging onto the coattails of anarchy.

We are the disenfranchised, we are the ones standing up but we get tired and movements fizzle out. Occupy Wall Street because there were no people who decided to lead and have a common voice. The factions believed in many other things that eventually could not be agreed upon. Defund the police have lost its teeth and steam and police are still massively funded and given military equipment
to keep the masses quiet.

Has there been a successful anarchy movement in the United States and the world? YES! The abolition of slavery was an ANARCHIST ACTION. The north abolished part of the state that let people be owned. Apartheid was a victory in South Africa, ending their state’s institutionalized racial segregation. In Bolivia, the “Federation of Neighborhood Councils-El Alto” FEJUVE is a self-managed informal economy that supplies public services and jobs.

Where are we now? In America, there is the movement, “The Great Resignation.”
Thousands are quitting their jobs because corporate America is not paying what they are worth, there is no advancement and they are being mistreated. Marijuana is becoming legal and decriminalized.

What we are looking at is not the NOFX song “Anarchy Camp”. It is a joke but has a real message. The extent of communal anarchy can be dangerous where there are no rules. Dead Kennedys “Anarchy for Sale” mock the concept and show how trite the idea has become in the punk movement due to the monetization of the symbol and the idea.

Underwater basket-weaving, (we got some arts and crafts)
Meth-amphetamine symposiums, (they last a couple days)
African killer spelling bees, (you better get it right)
Bowling in ice hockey rinks, (of course checking is allowed)
Anarchy camp’s never inert, (you think we don’t know that it’s)
Not much fun ’til someone gets hurt, (our only motto)
So we’re greasing up the rusty vert ramp
Time to make some reservations for next year’s Anarchy Camp
NOFX/written by Mike Burkett

KEEP BEING AN ANARCHIST! As Henry David Thoreau believed we all have a duty of civil disobedience. It is being talked about on right-wing media as the boogeyman. Tell them they are wrong. It was part of the Peace Movement of the 1960s. It was part of the Black Panthers giving out breakfast, health services, and protecting themselves from police brutality.